Metamorphosis exhibition is the result of the collaboration between Didonè Comacchio Architects and makethatstudio – Nicola Russo, Dea Sgarbossa – in occasion of the Bologna Water Design 2014. The research begun with the project Subgeometry, a photographic research by makethatstudio about the geometries of the Southeast Asia underwater world. Four organic patterns, to be used in the architectural field and especially in the interior design field, were obtained. The project was exhibited for the first time at Serra dei Giardini in Venice during the XIV Biennale of Architecture. The exhibition included a series of big artisanal screenprinted fabric scrolls in order to show the result of repeated patterns on large areas. Metamorphosis, which is the object of the collaboration of the two studios, foresees the application on ceramic substrates of the revisited and adapted patterns. The intimate and cozy environment in the former ospedale dei Bastardini hosts the installation that is inspired by the Japanese Tea House mood. The underwater patterns become the top of supporting structures where the tea bowls will place. The water and the metamorphosis generated by it, are the theme of the experimentation. The interaction between the elements is the reason of a continuous metamorphosis that sees water as the common denominator, being able to confer different shades to materials. 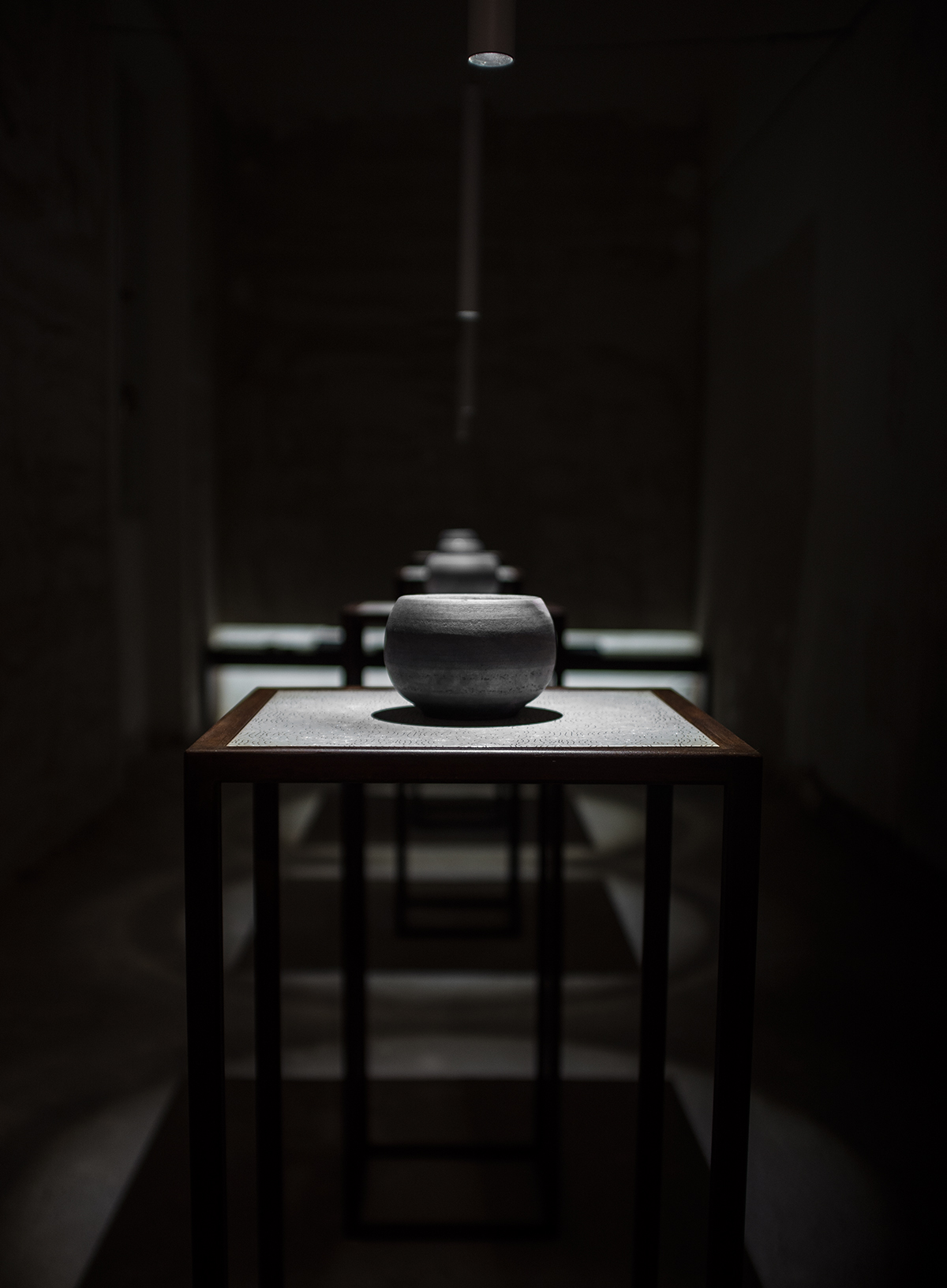 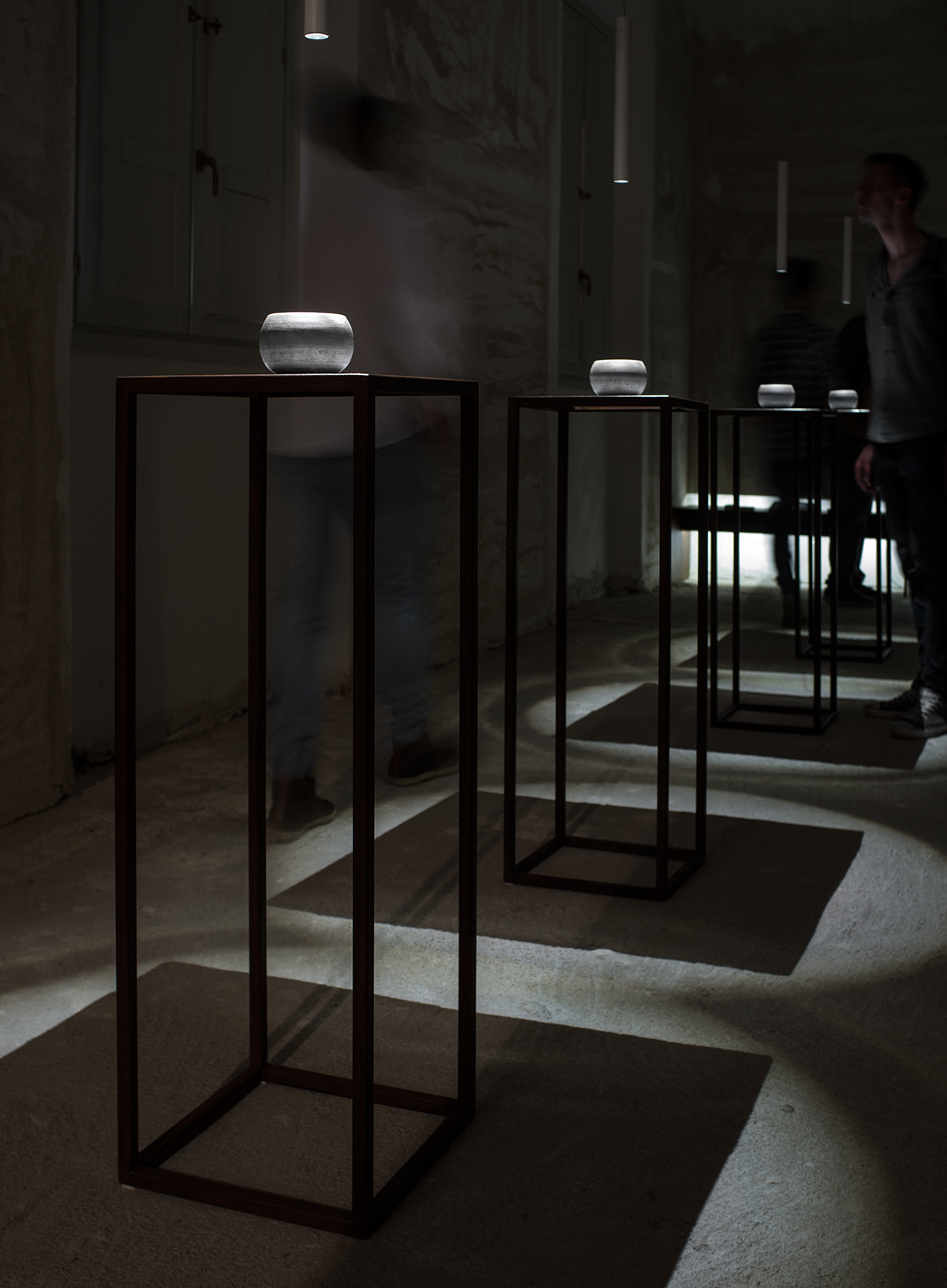 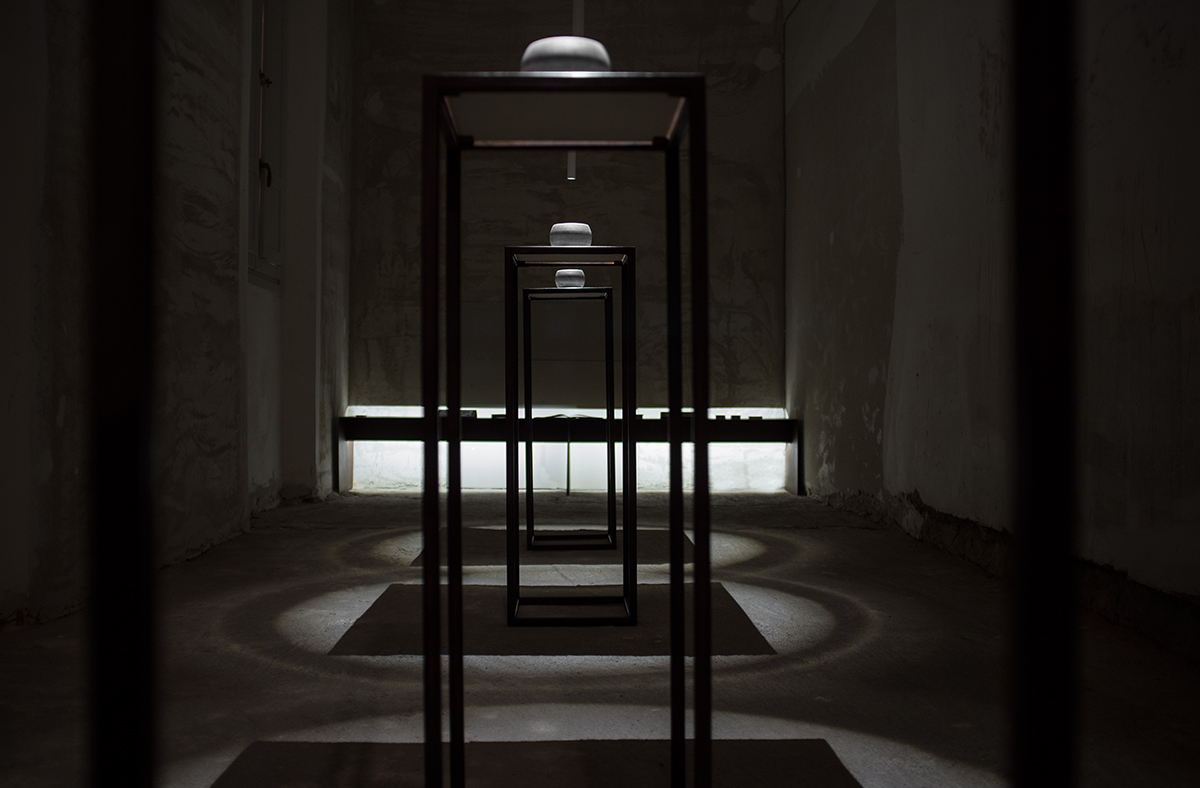 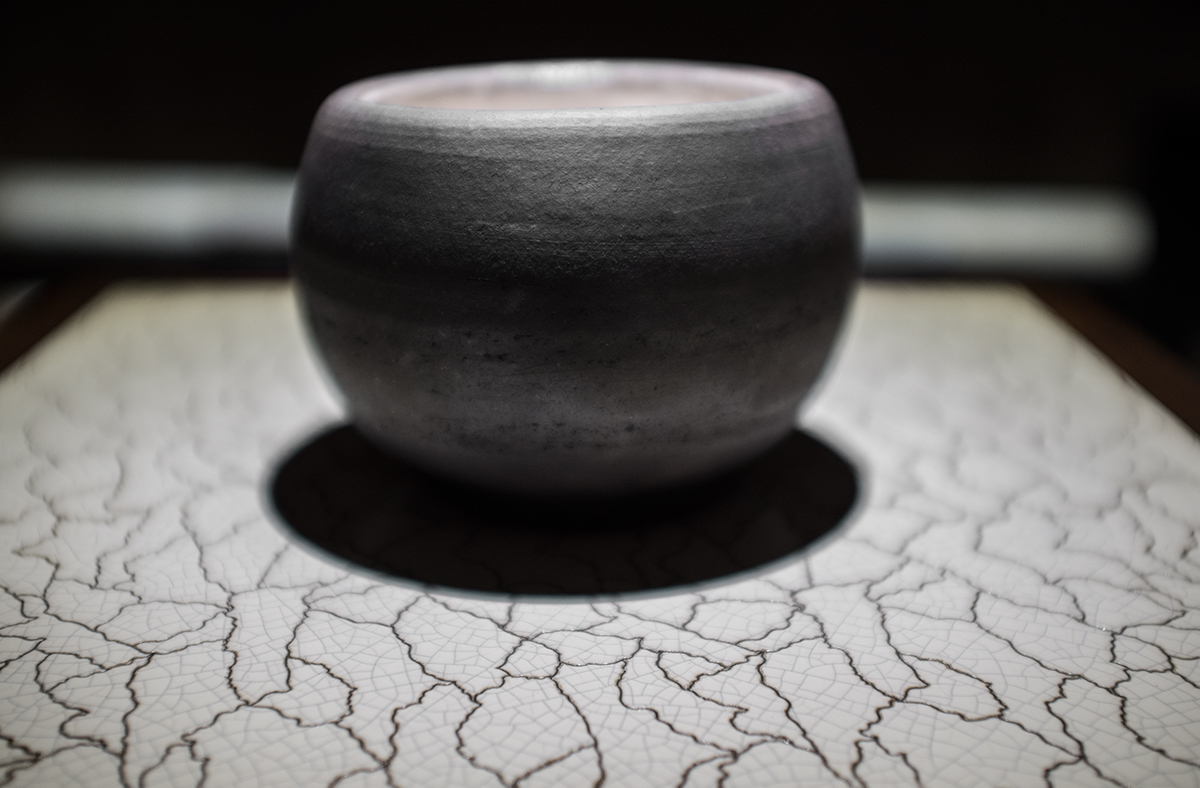 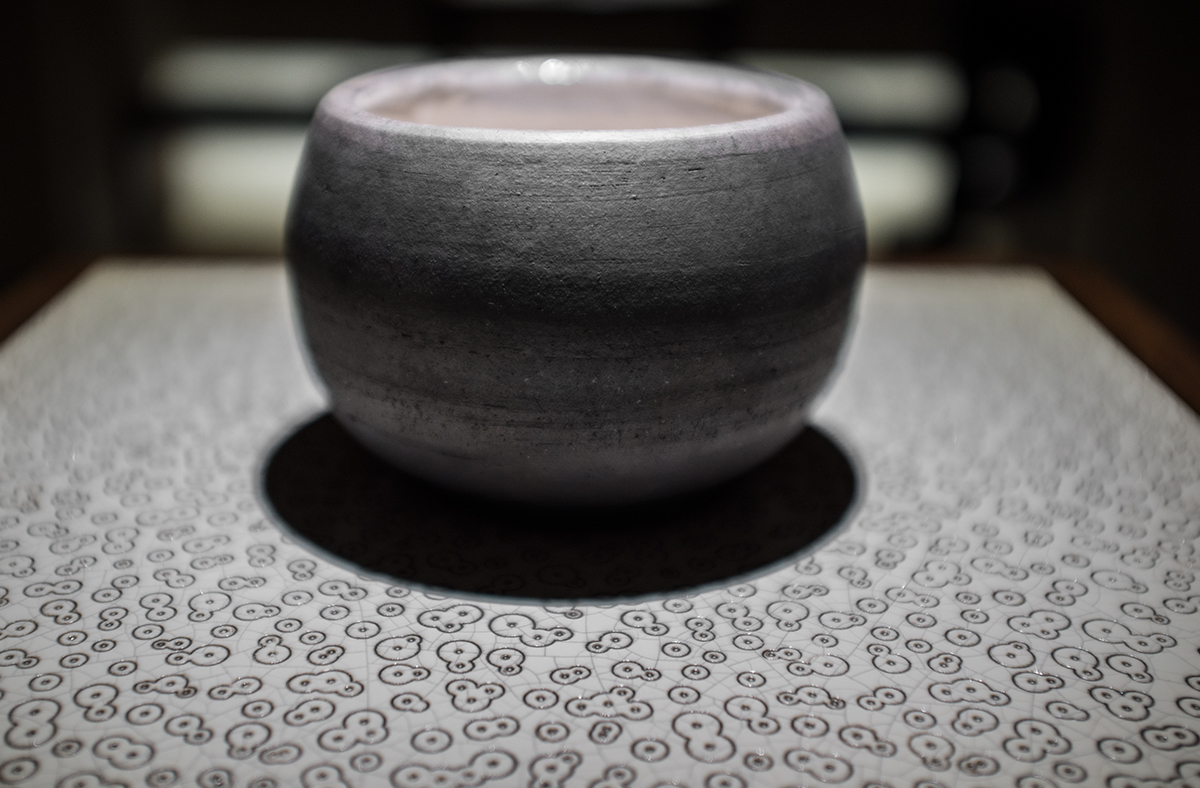 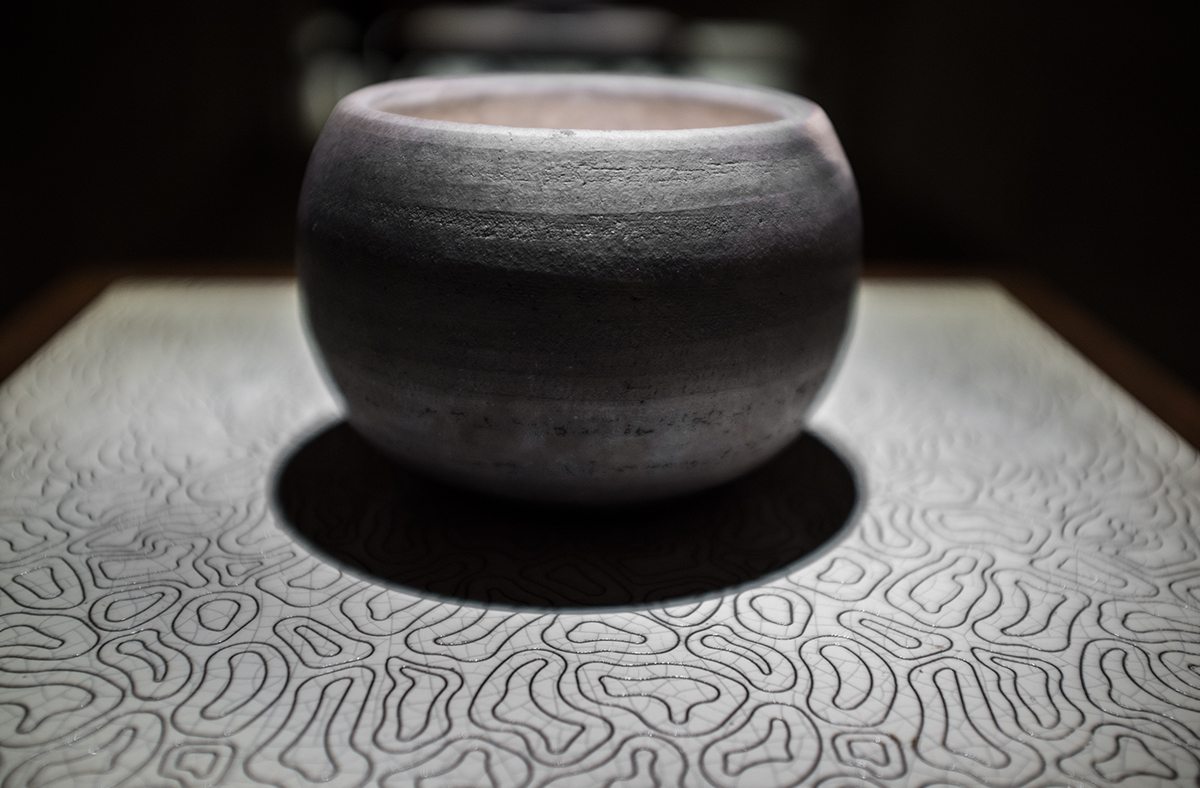 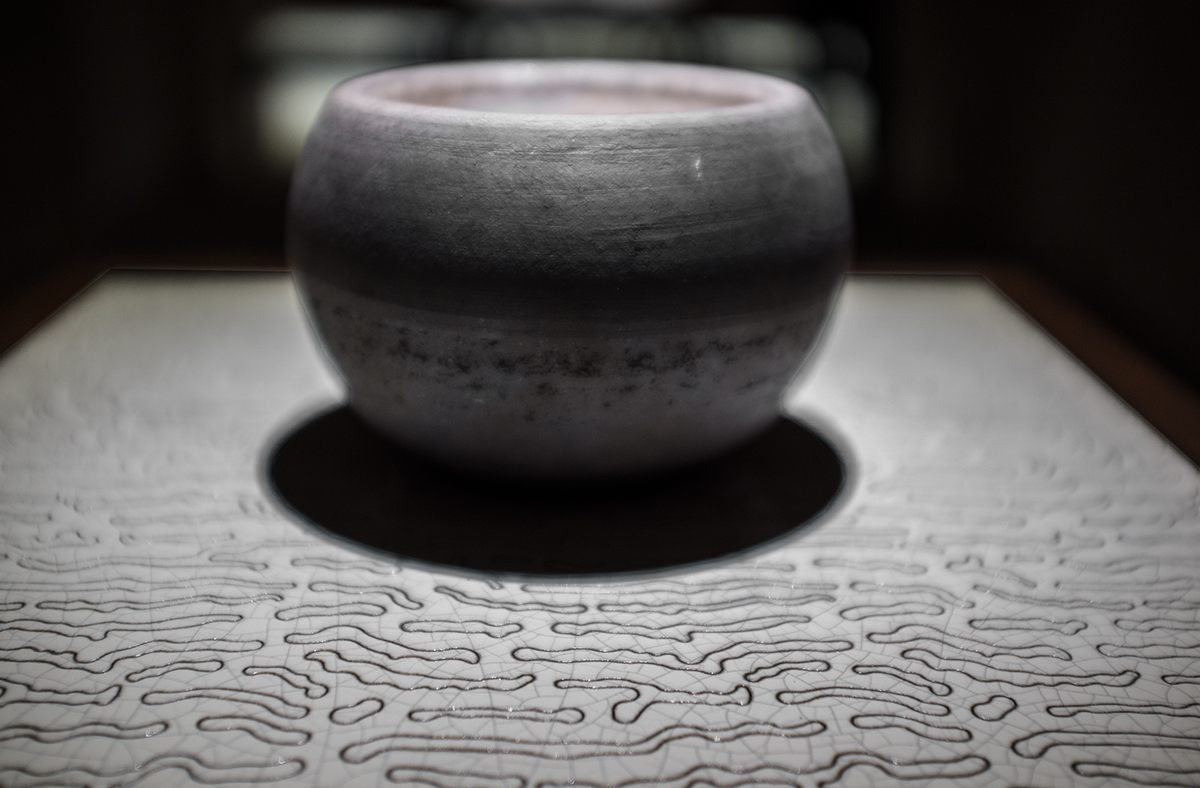 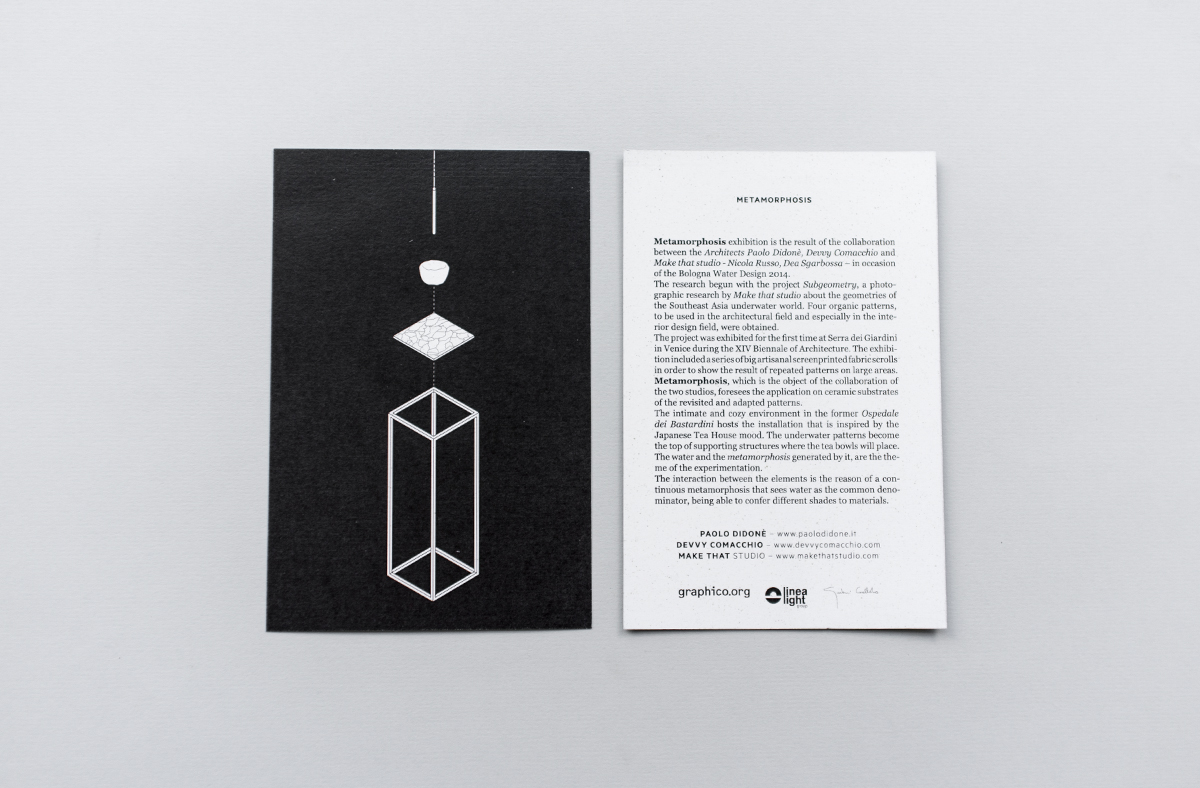 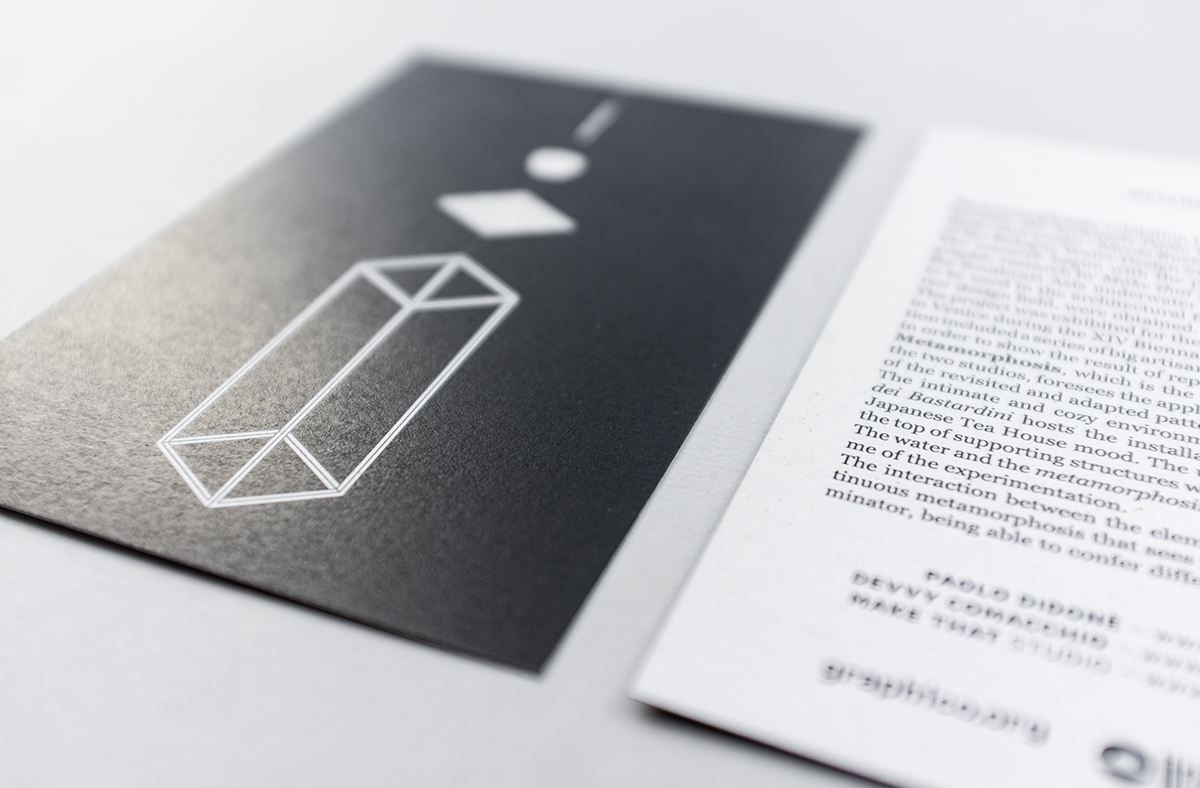